The meaning of mentors in the age of the influencer

In an age of “Influencers” don’t underestimate the value of finding role models and mentors. In our personal lives these are often our parents, teachers or closely related parties. They are the people we admire, those who we seek to emulate or those who we turn to for guidance. Sometimes we lack those same guides in our professional lives. Who influences you?

I asked this question recently during a consulting session with a Financial Adviser about how he is planning on growing his business. We were discussing his service proposition and how he could improve upon it. I asked who he knows that does it well and his answer surprised me. He said no one.

He spent his early career working for an institution and the reason he started out on his own was because he felt that the people around him didn’t care about their clients, or at least not in the same way that he did. He didn’t see any of them as role models even though that was where he had learnt his craft. Since then he has always been self-employed and has improved his business from his own trials and errors. After years of doing this he was only now reaching out for help.

Most of us have peers or colleagues who we turn to when we have a decision to make. I know the people in my circle who I do this with. Sometimes I’m actually seeking their advice but if I’m being honest with myself, there have been plenty of times when I’ve simply been seeking an affirmation of my own decisions or beliefs. It took me a long time to realise this about myself. Those aren’t the relationships that inspire me to change, grow or do better, they are simply echo chambers.

Then there are those people who challenge me. Some are friends but many have been co-workers or managers. They are the people who either by their conduct or their conversations force me to re-evaluate my thoughts and behaviours. These are my mentors.

A professional mentor isn’t someone who you slavishly imitate. It is someone who you see as successful in either how they run their business or how they practice their profession, keeping in mind that these are two very different skill sets. Be sure to have clear vision when you evaluate the success of someone else in your industry and to be selective about what aspects you emulate and what you discard.

Learn from your mentor. Take the time to contact them. Ask their opinions. Ask them how, what and why. Don’t ever be afraid to ask. When they answer your questions, swallow your pride and listen. Sometimes their feedback will mean that it is you who has to change. Embrace this, change is never easy but it is the only way to continuously improve.

Over a decade ago now I took a redundancy from a bank and I started out on my own. During those years in the wilderness, I didn’t have any role models or mentors. Lacking guidance I made many mistakes that could have been avoided. Hindsight is a wonderful thing and I realise now that there are many people who I could have learned from. My problem was that I was too proud to ask for advice and I didn’t take the time to identify role models in the field.

Since working in the field of consulting I’ve also re-evaluated who influences me, and I’ve taken the time to articulate who and why. I’m sharing some of my professional role models and mentors with you in order to encourage you to analyse your "influencers". There are many others who I could add to this list and while they are important to me, the following are key to my current work.

Leading People: Mike Pearson. Mike was the Senior Sergeant in charge of a police station where I worked for several years. Then he was just my boss and I didn’t realise the value of what he was teaching me at the time. Over the course of my career I have come to realise what a gifted leader he was. When I’m dealing with a difficult conversation or working to help someone to understand a problem, I often ask myself how Mike would guide me. He is one of my role models.

Facilitating Conversations: Michael Carr. I worked with and for Michael Carr in Suncorp Business Banking. Michael taught me much about team dynamics and how to help balance personalities. I try to emulate his calm, effective way of facilitating group conversations and how he would draw out the quieter personalities to ensure that they contributed in robust discussions. Michael is one of my role models but has also been a mentor to me when I have sought his guidance.

Personal Performance: Steve Sharp. Steve is the guide I think of when I hit a slump or realise that I need to improve in an area. It’s the conversations we have had over the years that help me to diagnose performance faults and to rethink my behaviours. We haven’t caught up for a while but Steve was and still is a very influential mentor to me.

Business Management: Andrew Hill. When I think about business efficiencies, I will ask myself how Andrew would look at a process. In the area of process design and straight forward business management, Andrew has been both a role model and a mentor. I will pick up the phone and ask him how he manages a key aspect of his business.

Business Consulting: Jason McArthur. If you’ve ever become frustrated by me asking you repeatedly WHY you do something, then you will now know that I am simply emulating Jason. Jason taught me to dig deeper and to understand the ‘why’ of people’s decisions and behaviours in order to be able to help them to change, improve or to simply articulate what is important to them. He remains my most frustrating mentor as when I take a challenge to him, he will challenge me on how I am looking at it – which ultimately helps me to arrive at the best solution, even if it’s a more difficult process.

My question to you is who are your role models and mentors? Identify who they may be, what they mean to you and what areas of your professional life they can help you to change or improve.

Why advice firms should consider lending as a service
Read More 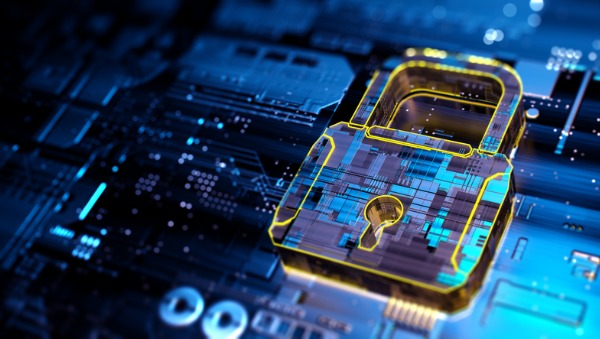